This is sort of a continuation of my previous post “Belief in Art” – the following are some quotes from C.W.F. Hegel’s book The Phenomenology of Mind about belief which I’ve found particularly enlightening and clarifying with regards to the role of belief in my own artwork. I find that there are many applications for these concepts. 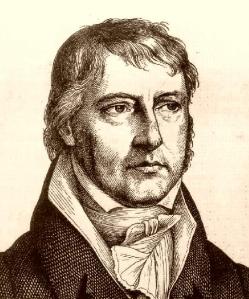 “Belief and insight are the same pure consciousness, but in form are opposed.”

“All content falls to belief; for in its unperturbed element of thought every moment obtains definite subsistence. Pure insight is the sheer disappearance of content; but by its negative attitude towards what it excludes it will make itself real and give itself a content.”

“For the object of belief itself is just this too, a pure essential reality of its own peculiar consciousness.”

“Against belief, … insight is the power of the notion in so far as this is the active process of relating the moments lying apart from one another in belief; a way of relating them in which the contradiction in them comes to light…. the believing consciousness is itself the notion… Insight, therefore, has and retains right against belief, because it makes valid in belief what is necessary to belief itself, and what belief contains within it.”