I fell in love with puffer-fish last fall after going to the South Carolina Aquarium in Charleston. There were lots of fish in this family, including a particularly charming Porcupine fish I affectionately named Steve. 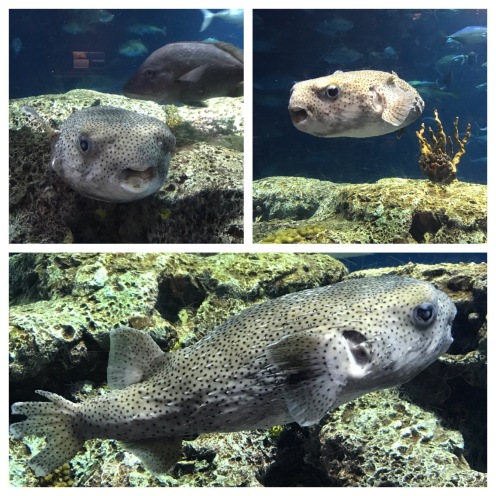 Steve became the subject of a pet project meant to help me relax in the evening, especially on nights when I feel particularly stressed out. The embroidery process is quite meditative and it’s nice to “Netflix and chill” while poking needles into stuff.

After transferring my drawing of Steve to Super Sticky Fabri-Solvy I began to create some basic stitches – trying to re-acclimate to the media after over a decade away. It took awhile to find my rhythm again. I couldn’t create a French Knot for crap for the first little bit until I remembered the tricks.

After awhile I nixed the Fabri-Solvy and dissolved it away. This made it much easier to see Steve and create more subtle color variations. As you can see, I haven’t photographed these during the same lighting and I haven’t really done much to try to ensure that the color is super accurate – my bad…

I began to work more free-style in the background. I was inspired by old illustrations of coral and various sea-life embroidery samples seen on Pinterest. I feel like I’ve been able to develop the forms fairly well without pre-sketching them out.

Working in this fashion feels very exploratory – I don’t know what the form will be and I don’t know how the stitches will work out after a time. The wool felt surface I’m working on is pretty forgiving when I need to cut something out as it doesn’t show a lot of holes.

This is still in progress but I feel like I’m getting someplace good with it. In the last few months I’ve only worked on it a little here and there and so it’s taking a long time. However, I think I’m getting quicker and more confident. As I stitch I’ve begun to develop ideas for additional works – many involving paper.

It will be interesting to see where this goes later on once I have time to work on some of these ideas. For now, I’m just enjoying seeing Steve’s smiling mug and playing with color and texture. Eventually when I finish this off I plan to frame it for my studio. I’ll make sure to share a more accurate color image of it at that time (although the color below is perhaps the closest to the original). 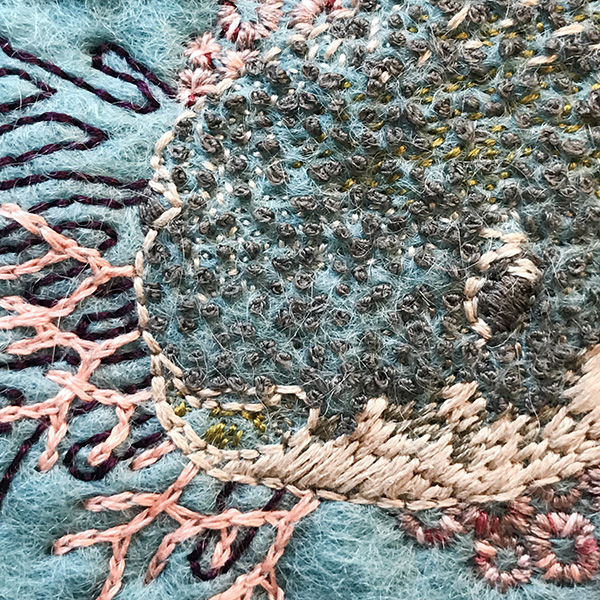