My husband took me to Nashville for my birthday to see a concert and take in some shows at the Frist Art Center: the “Birth of Impressionism” exhibition and William Eggleston’s “Anointing the Overlooked.”

Both shows were wonderful but I was surprised at how moved I became on numerous occasions during the “Birth of Impressionism” show. I typically underestimate my love of 18th-19th century painting as a whole. I am not sure why. All it takes is several hours with the actual works themselves to become completely besotted by the masters.

Why would such a savvy art student as myself forget such a thing? I’m easily distracted by shiny things, namely contemporary art post 1940 (a la Rauschenberg, Johns, Martin, Kiki Smith, etc.). And, understandably, it’s really hard to appreciate such works when your only familiarity is based on slickly photographed reproductions in $120 art history tomes that could easily break a toe.

The Frist did an amazing job acquiring works like Moreau’s Jason, Bastien-Lepage’s Haymaking, Alfred Steven’s The Bath, Whistlers “Mother,” and Caillebotte’s The Floor Scrapers from the Musee D’Orsay. My husband and I were not the only ones visiting the exhibition only a couple of days before it came down. We were, however, fortunate to arrive early which provided ample time to digest the work and plenty of space to stand back and observe from a distance. Those who began the tour as we were leaving were not so lucky. I imagine the Frist saw such traffic for much of the duration of the show.

One of the first – and earliest – works in the exhibition were from Moreau. Jason was impressive and I’ve yet to see one reproduction online or in my growing collection of art history books that does it even an ounce of justice. The depth of the surface and the minimal use of brush strokes used to convey the most articulate and luscious detail was (for lack of a less cheesy word) breathtaking. I love detail, I love ornament, I love decadence, I love surfaces that are so sensual you want to lick them – Moreau is a god of such things even if the actual subject matter is not exactly all that exciting to me in most cases – the birds in the background fascinated me most of all. 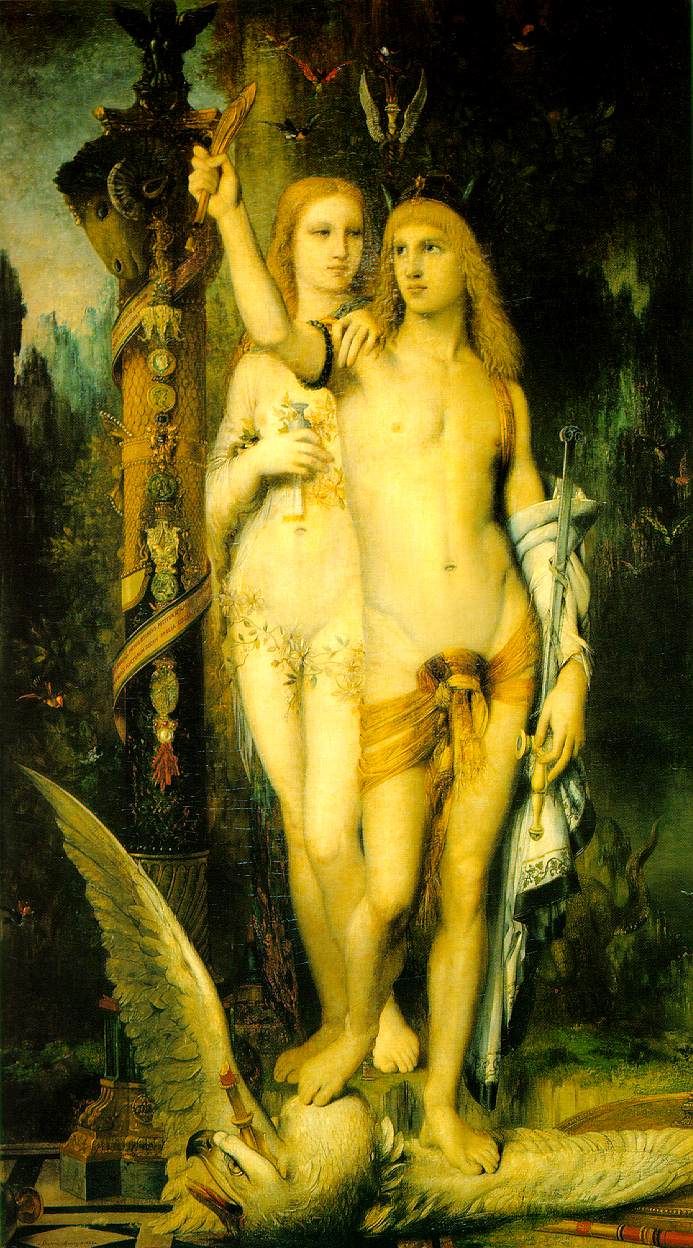 There were many wonderful and amazing works of art throughout the subtly color-coded rooms but only a few moved me, literally, to tears. Along with Jason, Caillebotte’s The Floor Scrapers elicited such a reaction. I’ve always loved this work, even in reproduction. The light coming through the window and the gesture of the figures and their interactions with one another has always struck some sort of chord within me even if I don’t particularly know why. 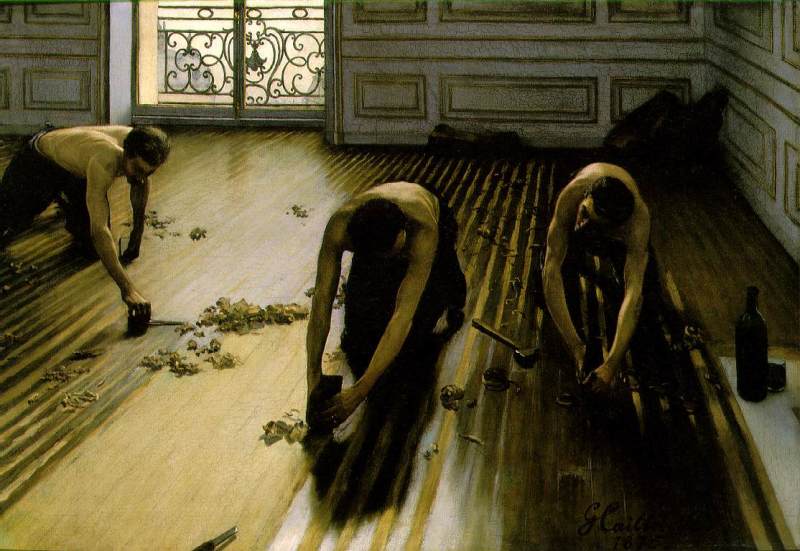 Dead Heron with Spread Wings by Alfred Sisley was perhaps move moving than any other work simply because of its subject matter. In a completely uplifting and inspirational moment that both comforted and encouraged me as an artist, I felt connected with the past in a way I often search for in my work but seldom truly find. The rendering of the form was minimal – expressive – but had a heightened sense of reality that a more accurate depiction would have prevented. 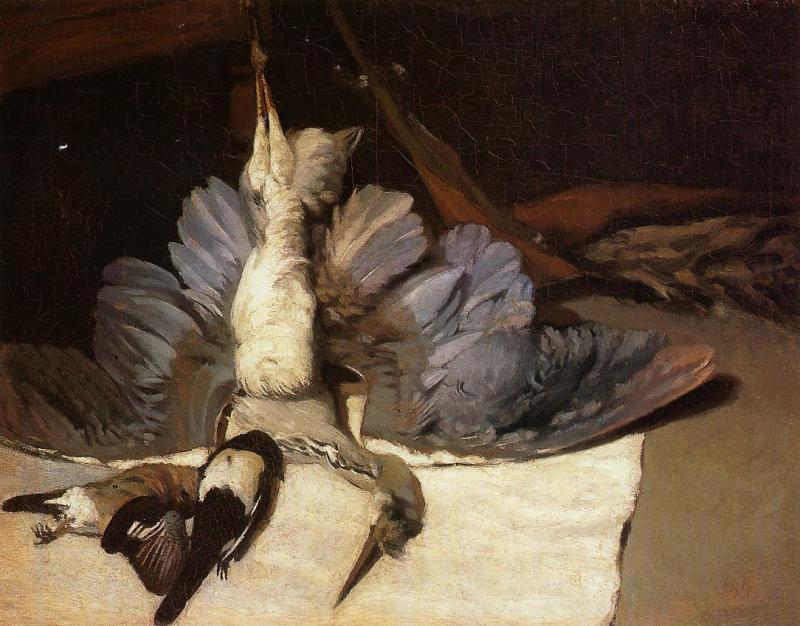 Many years ago I came to the realization that inspiration can be found in anything and that the most profound moments can be found in the most unlikely of places. At art gallery is not exactly an “unlikely” place of course, but the works themselves were not such that I actively sought out such interaction. I was engaged in ways I had not anticipated and excited by works I wouldn’t ordinarily be excited by. It was a wonderful exhibition and a bit of my spirit was renewed by what I observed and experienced.

I can’t be adamant enough in my advice to all art students to go look at work – any work, even if you don’t think it’s your “thing.” Be open to the possibilities that can be found in creative expression in whatever form it might take. Why limit yourself to pieces created only in certain ways, of certain subjects, or within any specific discipline?