Well, it’s official: I now have a new home studio.

I’ve been using campus studios for the past 6 years and it’s nice to finally have a place of my own. I do frequently work from home, and although I have had a 2nd bedroom in my house for the past three years, I haven’t had an actual studio space within the confines of my living quarters ever – until now.

I’m a bit worried about a location with such a great many distractions but I think I’ll manage. It will take some getting used to though.

I miss a lot of things about the “cabin” where I’ve had my studio for the last three years while working on my MFA. It was the best space I’ve ever had and, in the past year, it expanded from one room into two. This provided a great deal of groaning when it came time to transform my 2nd bedroom (a.k.a. “the craft/junk/catch-all/cat-fort room”) into an actual workable space. 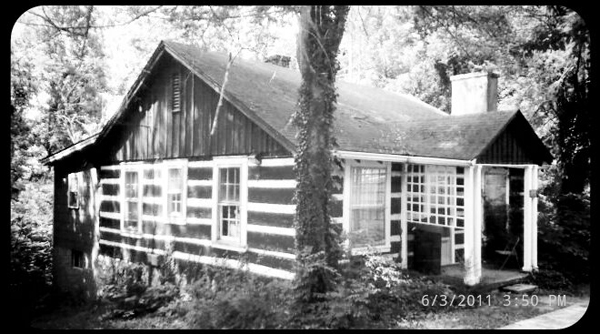 After three days of going through everything in my 2nd bedroom I threw out 3 big bags of trash and LOTS of old work, compacted categories of items down into manageable selections by reducing packaging and quantity (producing 8 boxes of garage-sale items in the process), and generally de-cluttering shelves, drawers, and surfaces as much as possible to make room for all my studio supplies. I ended up packing up some things like keep-sakes and photos to additionally make room for more immediate-use items. Additionally, I have an entire box of books to take to Mr. K’s (a re-sale shop) this week! (Exciting.)

The cabin was a bit easier – in one marathon-style day I managed to do the same thing with all my art stuff that it took 3 days to do at home. Fortunately, my studio space had just undergone a through clean-sweep back in December. Despite this, I still ended up with 3 more boxes of garage-sale items.

The “cabin” studio before and after the move.

Only about 1/2 the amount of work I threw away in the transition.

The cabin was empty in a way that studio B never was, the bareness of it made me ache a bit with nostalgia and melancholy…

Once everything was home, the real hard part began – where to put everything! I bought some new book shelves, got all of the garage-sale boxes out to the shed (which made a huge difference), and then started organizing as I went – making sure that items were placed comparably to the way I physically and mentally work.

The home studio (Studio B) during the transition. (Bad cell phone photos taken as replies to my husband’s “how’s it going” texts.)

After only a couple of days I was able to get my new studio into working order. It’s still not perfect. I have to get rid of a bit more stuff and I’m sure that as I begin working I’ll have some more adjusting to attend to in order to make it truly comfortable. But, with a solo show coming up in a little less than 2 months – I have to go with what I have and make it work.

I’m really happy with the results:

I have some paintings, pads of paper, frames, and stretcher boards behind the tall shelves on the right to maximize space and accessibility.

The small metal shelves under the window will have to go so that I don’t have to move them all the time to put the treadmill down… they’re also on top of one of the rooms 2 vents. The two plastic-3-drawer towers all contain paper and painting supplies.