Although it was sadly a bit too cold (low of 22) to go camping in Cataloochee Valley, NC, as planned for my husbands birthday last weekend, we did keep our reservation for the GSMR (Great Smokey Mountain Railroad) the following day. Serendipitously, the cold night that prohibited sleeping outside also facilitated a wonderful fogy frost filled  morning (ah, alliteration) which was particularly amazing when seen by train. 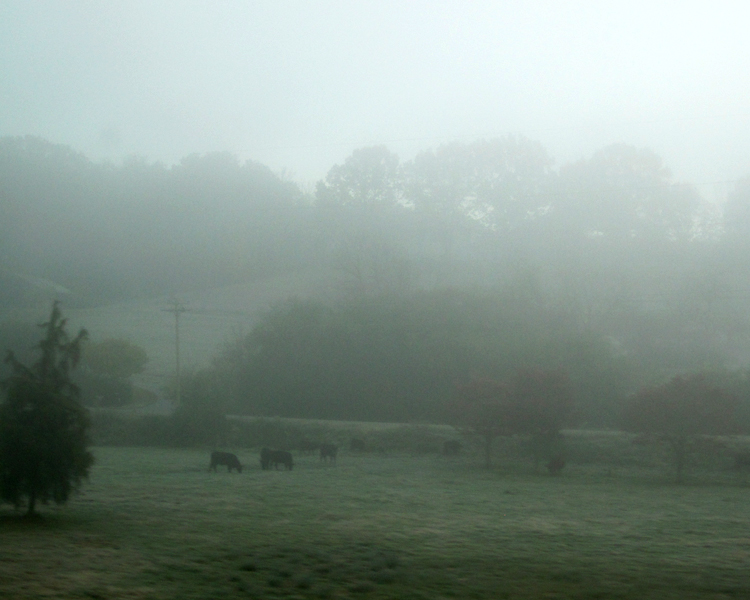 The train ride itself was pretty enjoyable. There were relatively few passengers for a Sunday morning and we splurged because of the occasion and got first-class treatment. Even the food was good. It was a lot of fun for both of us.

To top off an already great day we took the Blue Ridge Parkway (BRP) home and – having never driven it before – I must say, it lived up to all the hype. We’ve made a point of exploring the Blue Ridge Mountains and the Great Smokey Mountains as much as possible this past year but despite the prominence of the BRP we just haven’t done it until now for one reason or another. I’m glad we went during this time of year as it was absolutely beautiful. 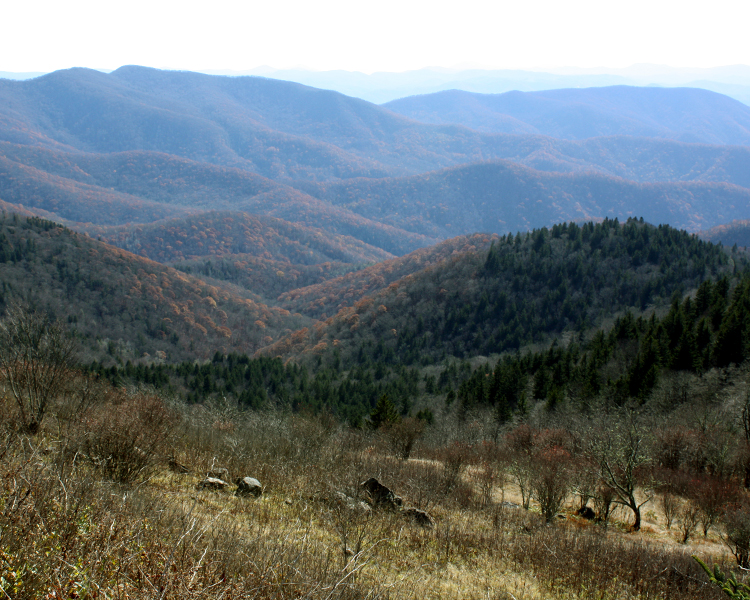 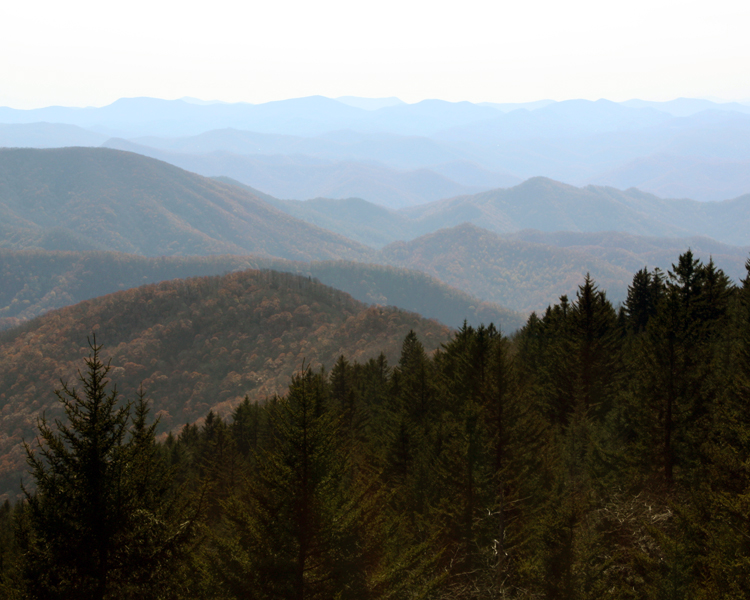 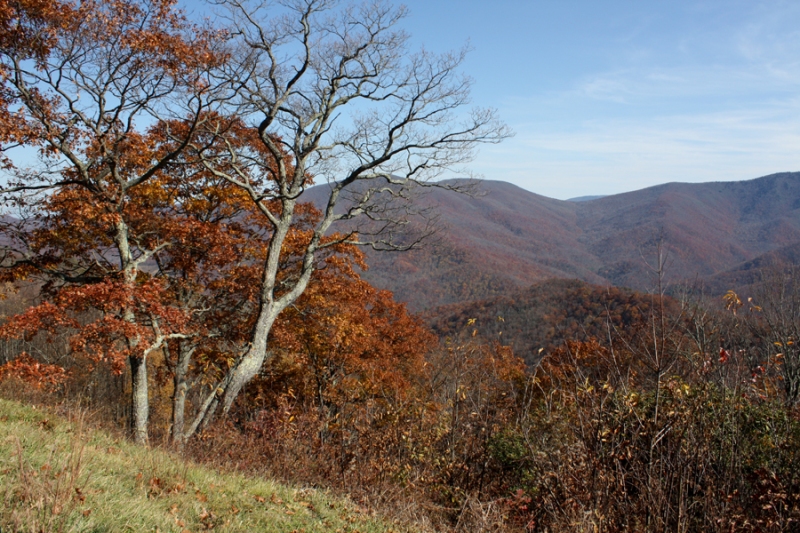 There were doubts about our decision to not go camping due to the projected lows… however, once in the mountains, all qualms were swiftly snuffed out… there was quite a bit of ice and snow to reaffirm our choice. Just one more example of why this time of year is so spectacular.

Thankfully, I’ve in a bit of an in-between mood lately with my studio work – a situation which is nicely complimented by the seasonal shifts. I was deeply inspired by the relatively short excursion – for a day trip it certainly rated highly. I took tons of photos (as usual) and from these I’ve collected a small grouping of blurry-tree photos (taken out the window of the car with a slightly prolonged shutter speed) and I plan on creating a few experimental collage paintings which evoke the same sort of feeling. My students have been doing similar works in class the past couple of weeks and I think it has been rubbing off on me. Who knows how they’ll turn out or where they’ll lead but I’m far too visually intrigued to let it phase me just yet.