I spent a good couple of hours at my local book seller today perusing magazines and books in search of any inspiration or insight that might lurk between pages skimmed while sipping a frosty coffee drink and nibbling a chocolate chip cookie. This type of activity is a semi-regular “on the verge” practice that helps close the gap between the things I know that I know and the things that I don’t know that I know.

I find it comforting to sit in a corner amidst the quite shuffling and mummer of hushed conversation despite the random outbursts of laughter or wailing complaints of spoiled children. It’s a din that fades as white noise and helps me focus more fully on the materials spread before me.

I try to hide my feelings of guilt in having no intention of buying the items I have stacked on the small circular tables; I purchase cafe goods instead to feel as though I have permission to scavenge for the ideas that are taken without compensation.

Just one of the many things I learned in art school.

I often vacillate between being inspired and rather disquieted by the images that I encounter on these excursions.

I am typically open to a wide range of artwork created by others yet I find it hard to hold myself to the same level of personal acceptance. I am rather particular and traditional in my own work but find myself drawn to the low-brow/no-brow and counter-culture works that populate magazines like Hi-Fructose and Juxtapose that seem to target a younger hipper generation of artist. 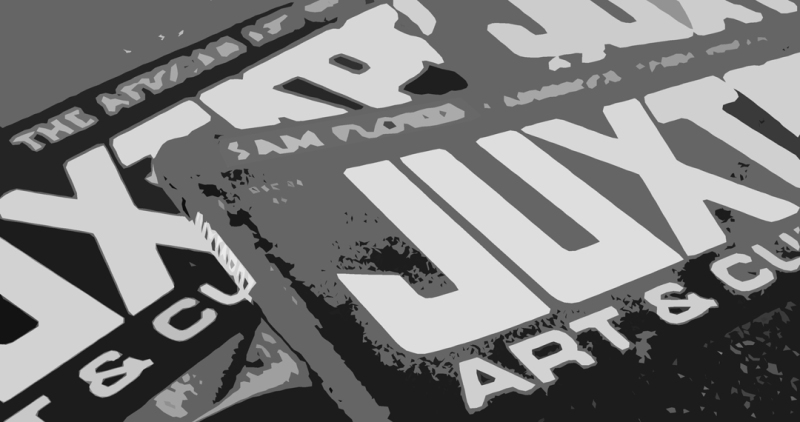 When I read the interviews in these types of magazines it becomes clear that the artists examined are actually not that different than me – their experiences are similar to my own (though there are always the wild ones), their interests in other artists, books, music and movies mimic mine, and in generally they’re in their late twenties or early thirties.

What I’ve discovered as an art teacher is that despite the demographic of the artists creating much of the contemporary works that I’m drawn to, the individuals which seem to respond the most genuinely and without any pretense are art students who are just beginning to explore the bowels of the artworld for the first time.

These younger more idealistic viewers engage with these works like I remember succumbing to Rumi, Rilke, Hesse and Burgess when I was the same age – with the same wholehearted abandon that only teenagers and 20-somethings seem to posses.

I’ve entertained the idea that perhaps it is because of this bright-eyed but broody generation (with which I interact daily) that I respond to these works at all. Regardless, the work in question speaks to me in a language that I understand and helps me identify with my students in areas in which I feel oddly disconnected – areas that instinctively feel critical to the formation of a relationship in which my students trust me enough to fulfill the demanding objectives I set before them.

But then – I remember that the voices that are creating such works are coming from a place much closer to my home than theirs.

I wonder in these moments of contemplation how these artists began to create work in such a way – began to adopt this common visual dialect. While some artists speak with eloquence and sincerity a large portion also smack of schmooze and pretense. It’s hard to know which ones to trust. Admittedly, earnestness does greatly effect my overall enjoyment of a work.

A part of me questions how many contemporary artists merely latch onto the visual trends and styles that – because of experience and education – they are able to replicate with greater precision and skill than more genuine (but less talented) artists who popularize such genres to begin with.

Simultaneously I know that while this may of course be true in some cases, there are also good examples of artists who are as authentic as they can get while also clearly being the product of an Art School.

Perhaps there is a third category as well – a group of almost middle-aged artists who have become disenchanted with a world that doesn’t seem to listen and therefore embrace these styles as a way to finally be heard. I liken this last scenario to artists who resisted the control of the Academies in the 18th and 19th century by creating works that seemingly appeared to be similar to what was popular at the time while subtly interjecting something different, challenging and authentic that broke completely away from the norm.

And perhaps – like the irony of Alanis Morissettes song about irony – this is the point.

The work in magazines like Juxtapose and Hi-Fructose tend to always feel the same but I’d argue that it is actually continuously being re-invented – though sometimes with all the profundity of an apple update – and that each slight shift consistently pushes forward or pulls back in the same way that art throughout history has done.

I wonder if perhaps the work that has emerged as low-brow or counter-culture in the past decade is not really so much indicative of the voice of the “Y” generation as I or anyone else might seem to believe from the way these magazines are marketed but instead, one that is uniquely generation “X”.

18-25 year old viewers may be simply poised to relate because the disenchanted and dystopian views of the 25-35 artists who are communicating through their art merely reflect the subconscious whispers of a new generation as seen through the eyes of those who have finally begun to distance themselves enough to make the work.

It is only when we find ourselves outside of something that we can truly begin to see it clearly.

I am no longer 20. The words of Rilke find a different type of resonance within me today than they did 10 years ago. The work that I created when I was in art school now feels like mere traces of something I could not quite grasp at the time because I was too immersed to see with any clarity.

So, today as I realized that I’d simply been chewing on the straw in my frosted drink for twenty minutes or so it hit me: Perhaps what scares me so much at this moment is that while I have come so far in my own career, I may never be able to discover what it is I’ve been trying to say all these years.

It lights a fire under my ass to work a little harder and take a few more risks but helps me focus on the importance of being genuine and authentic even when I sometimes toy with how easy it might be to take the path of least resistance knowing that, with my training, I could possibly pull it off.

And just maybe my voice will never be heard but at the very least, it will be sincere. That is the most I can hope for myself but it’s also what I hope for the next generation of artists – my students.

Disclaimer: This post is simply a completely third hand reflection that is not based on anything substantial aside from several years of voyeuristic encounters with magazines, a decade in art school, and repetitively teaching 18-25 art students how to begin to find their own artistic voice.